animal shootings for your company

animal shootings for your company

Would you like to create a buzz on your Facebook page with a picture of a cute kitten or puppy? Do you want to pleasantly surprise your audience, and generate a lot of excitement from them, thanks to the pet shooting? Do you want a successful advertising campaign? If your answer to these questions is yes, then read the rest of this article, and discover the essentials about the world of pet shooting. This article demonstrates the potential that pet shooting can offer to your promotional campaign, as well as its ability to adapt to any advertising medium, to allow you to achieve your objectives efficiently and effectively. 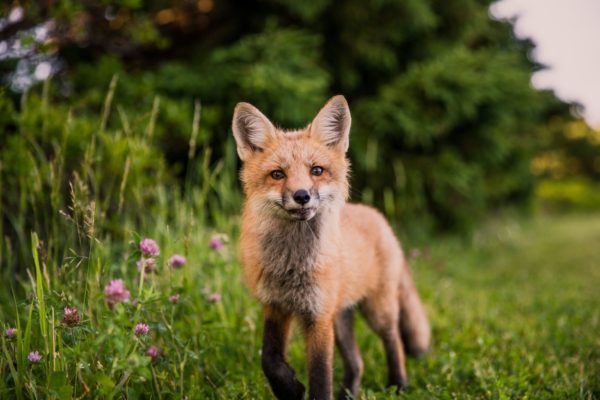 the stakes of animal shootings

Also known as animal photography, this activity consists of taking pictures of wild or domestic animals in a given setting and environment. The shooting is carried out by a professional photographer, who has at his disposal the adequate equipment to carry out the photo sessions. Among the most indispensable are long focal lengths, reflex boxes, preferably reactive, which are essential for taking pictures of wild animals, and a tripod to support the weight of the camera. Prices vary greatly from one project to another, depending on the desired rendering and your expectations. Wildlife shots are obviously more expensive to take.

animals, a timeless and timeless focus of interest

Everyone appreciates animals, to a greater or lesser degree. Pets in particular are very much appreciated by households. Indeed, a survey conducted by Infomaison shows that in 2017, Switzerland will have 1.7 million cats and 500,000 dogs. From a marketing point of view, this craze is interesting because it concerns several consumer segments, particularly the different age groups. For example, more than a quarter of cat and dog owners are young, active people living in urban areas.

Launching an advertising campaign with a pet photo shoot therefore involves reaching a large part of the Swiss population directly or indirectly (depending on the pet chosen for the shoot). In 2016, the Swiss spent about 35 francs per month on their hairballs. This titanic figure includes a significant budget allocated to the animal shooting, ordered by the private individuals themselves.

professional photo shooting in all forms

With the constant innovations that characterise the pet market, pet shooting has an almost unlimited scope. Today, there are even connected objects for dogs and cats. There is everything from automated food dispensers connected to the owner’s smartphone to collars with a geolocation system. The professional pet shooter is regularly asked to immortalize our companions with their new gadgets. His services are particularly requested by publishing houses, or websites offering as content these novelties for pets. The pictures taken will thus be used to illustrate the information reported.

The previous examples show how profitable the pet market is, especially for pet photographers. However, it is not necessary for a company to operate specifically in the pet sector in order to benefit from the positive effects of a pet photo shoot. It can exploit them through the various advertising media in the context of an advertising campaign, for example. Moreover, regardless of the sector of activity, a professional photo shoot can greatly contribute to your communication strategy. Animals awaken in the consumer a sentimental fibre that we can touch through an animal photo shoot, whatever the advertising medium. It is not surprising that it is often videos and photos of animals that create a buzz and become viral on the web.

the example of grumpy cat, a web icon

The words “wildlife shooting” will now take on a new meaning for you, when you will learn that some people manage to generate more than 100 million dollars thanks to this. So let’s take a look at the story of this cat named Tardar Sauce, better known internationally as Grumpy Cat. She is currently a superstar on the net, and this since 2012. It all started with a candid publication of her owner’s brother Tabatha Bundesen’s photos on the Reddit social network. The cat’s unique expression, which seems to be making the headlines, made a direct impact on the entire internet and created a worldwide buzz.

The owner has also taken advantage of the unprecedented success of her cat to offer derivative products, hence her current $100 million empire. You may think that’s all well and good, but how can we as a company benefit from this success, especially from a marketing perspective?

Recognising the enormous potential for maximum visibility on the web, Friskies cat food brand Friskies has decided to keep Grumpy Cat as the muse of its brand. Friskies has spared no effort to make Tadar Sauce its ambassador. The brand’s viral communication is thus easy, with an animal muse totalling more than 5 million fans on Facebook. Friskies adapts Grumpy Cat on all existing advertising media. The image of the little tomcat also benefits individual companies, such as self-employed people. One example is the work of the professional graphic designer Eric Proctor, who stages Grumpy Cat with Disney characters, for a stunning result. Take a look at it by clicking here. The designer uses photo shots to draw his works.

why do a pet shooting in a corporate context?

beyond the context, a logo, the effigy of a company...

There are several reasons for using a pet shooting in a business context. We will see them gradually in the following paragraphs, but let’s already look at one particular case, where a pet photo becomes a company logo, an effigy. And yes, it does exist! On February 23, 2010, a Japanese teacher published photos of her Shiba Inu dog called Kabosu on her personal blog. One photo in particular, where Kabosu looks from the side with raised eyebrows captivates the internet, to become a full-fledged meme, now featured on all social networks. You can find the picture in question as a profile picture of the dog’s Twitter account by clicking here. On December 06, 2013, a team of developers is setting up a new crypto-currency, following the example of Bitcoin, called the Dogecoin. Guess who they chose to represent their logo? The little dog kabosu himself, and his famous profile.

This choice of the team allows to arouse originality and interest among Internet users, through this timelessly successful animal shooting. Thus, the values of the company are put forward and the spectator gets a clear idea of your company. For example, the lion represents power and decision, while choosing a rhinoceros for your logo will highlight the resistant and perfectionist side of your company.

Another example of a successful pet photo shoot representing a company is the case of the famous introductory lion of the Metro Goldwyn Mayer film company, which you can find by clicking here. Who hasn’t already seen this big roaring lion, appearing on all the Hollywood company’s big productions. For the anecdote, 5 lions have already succeeded one another to play this role, since the first appearance of the feline in 1916. In 1926, advertising photos were taken with famous actresses posing side by side with the company’s feline mascot. This lion became a real mascot and will always be associated with this production studio. This is precisely the impact that you need to create for your company: the spectators of your ads or who see your logo must retain the animal associated with your company.

a wildlife photo shoot to surf the trends

It is also possible to use animal shoots to surf on current trends and anchor your corporate image in the trends. Today’s consumers are paying more and more attention to their lifestyle. Awareness is being raised about the consequences of their consumption patterns on global warming, and the planet in general. Companies are surfing on this organic trend, offering products that are more respectful of the environment. Within the framework of an advertising campaign, what could be better to arouse the beauty of nature, and inspire respect than an animal photo. In this case, you can opt for a communication strategy oriented towards corporate social responsibility, to assert ecological values that are specific to your company.

A wildlife photo shoot, for example, is perfectly legitimate in the context of an ecological or biodiversity-friendly campaign. You can choose one of the emblematic animals of a region, taken for example in a photo with all the employees of your company. The know-how of a professional in this case is highly recommended, to ensure a poignant, quality result.

If you continue to use this site, we will assume that you are satisfied with it.