back to swiss press photo 2018

back to swiss press photo 2018

At the end of the year, the 2018 retrospective of one of Switzerland’s most renowned photo competitions, the Swiss Press Photo, is being held. Supported by the world-famous organisation World Press Photo, this event promotes the development of photojournalism. But not only that: it also highlights the importance of many social issues. 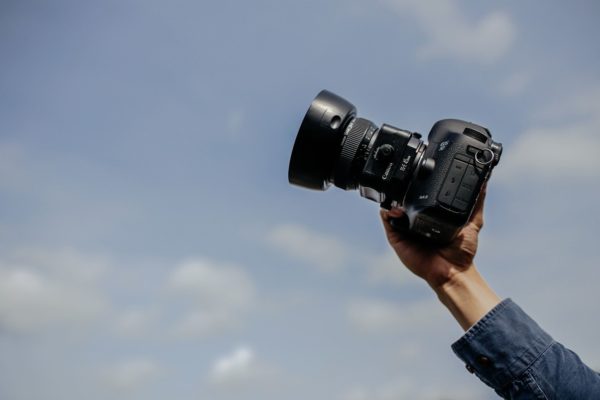 The Swiss Press Photo event has developed thanks to the support of a specific actor: the Reinhardt von Graffenried Foundation. It was established in 2009 by two important lawyers and businessmen, Erwin Reinhardt and Charles von Graffenried. Since then, it has been rewarding journalistic photo performances on all types of societal subjects.

In particular, it is committed to supporting journalism and press photography. Its work is a driving force in the print and electronic media in Switzerland. It is non-profit making and has no ties to any publisher. Furthermore, it is intended to run parallel to the World Press Photo association and worldwide event. Thanks to them, photographer-reporters are highlighted.

In the middle of the year, the best photographs from the Swiss press were therefore awarded in six different categories. The categories were: News, Swiss Reports, Daily Life, Foreigners, Sport and Portrait. Of course, there are many criteria for being among the elected journalists reporters. The competition is exclusively journalistic. This implies that the photos submitted must have been published in the press (newspaper, magazine, website etc.) during the course of the year. In this case, the year 2017 is the year for the 2018 edition of the competition.

In addition, they must show a commitment, a real artistic and societal bias of the photojournalist. This imperative is first of all reflected in the themes of the photos. These include the increase in the number of homeless people, the persecution of religious minorities, the fight against disease… There are also very sensitive themes such as sexual abuse or the preservation of the planet. However, technical criteria also play a major role in determining the winners. They are in fact directly vectors of emotion for the spectator.

This year, the Château de Prangins, better known as the Swiss National Museum, is hosting the 27th edition of the exhibition devoted to Swiss Press Photo. In addition to the work of the winners, the event brings together the best Swiss press photos from 2017 presented at the competition. A selection of images to be contemplated unreservedly in the city of Prangins, as part of a temporary exhibition from 3 November 2018 to 3 March 2019.

Reto Oeschger wins first prize in the News category. This victory is based on the cliché “Die dunkle Seite des Jürg Jegge” (“The dark side of Jürg Jegge”). Jurg Jegge, a well-known and almost untouchable teacher in Switzerland, suffered a devastating setback after the publication of the book “The Dark Side of Jürg Jegge”. Written by one of his former students, the book depicts the sexual abuse of his young protégés in the 1970s and 80s by the teacher.

Nils Ackermann, already a laureate in 2015, wins first prize in the category of Swiss Reports thanks to a photograph by Pierre Maudet entitled “Opération Valmy”. The image depicts his campaign for the Federal Council.

In the Daily Life category, it is Karin Hofer who wins with her unexpected picture depicting the life and work of winegrowers. Her work was described by the jury as “poetry in press photography”.

The prize in the Sports category goes to Simon Tanner, in particular thanks to the particularly playful aspect of his photographic compositions related to the world of Football.

Alex Kühni’s reputation as a sniper in Mosul has been established by his strongest image, that of a sniper in Mosul. The jury of the Swiss Press Photo competition commented: “The art of war is not heroic, but sneaky and cowardly,” he said.

Finally, Guillaume Perret was awarded a prize in the Portraits category for his series “Daniela – La traversée du cancer”. Cancer can be beaten: this is the message conveyed by this moving tribute to the Neuchâtel-born woman Daniela, who shows her body in all its glory after mastectomy and chemotherapy.

Contact our team for more information about photo and video